Fushimi Inari Shrine (伏見稲荷大社, Fushimi Inari Taisha) is an important Shinto shrine in southern Kyoto. It is famous for its thousands of vermilion torii gates, which straddle a network of trails behind its main buildings. The trails lead into the wooded forest of the sacred Mount Inari, which stands at 233 meters and belongs to the shrine grounds.

Fushimi Inari is the most important of several thousands of shrines dedicated to Inari, the Shinto god of rice. Foxes are thought to be Inari’s messengers, resulting in many fox statues across the shrine grounds. Fushimi Inari Shrine has ancient origins, predating the capital’s move to Kyoto in 794.

Fushimi Inari was dedicated to the gods of rice and sake by the Hata family in the 8th century. As the role of agriculture diminished, deities were enrolled to ensure prosperity in business. Nowadays, the shrine is one of Japan’s most popular, and is the head shrine for some 40,000 Inari shrines scattered the length and breadth of the country. 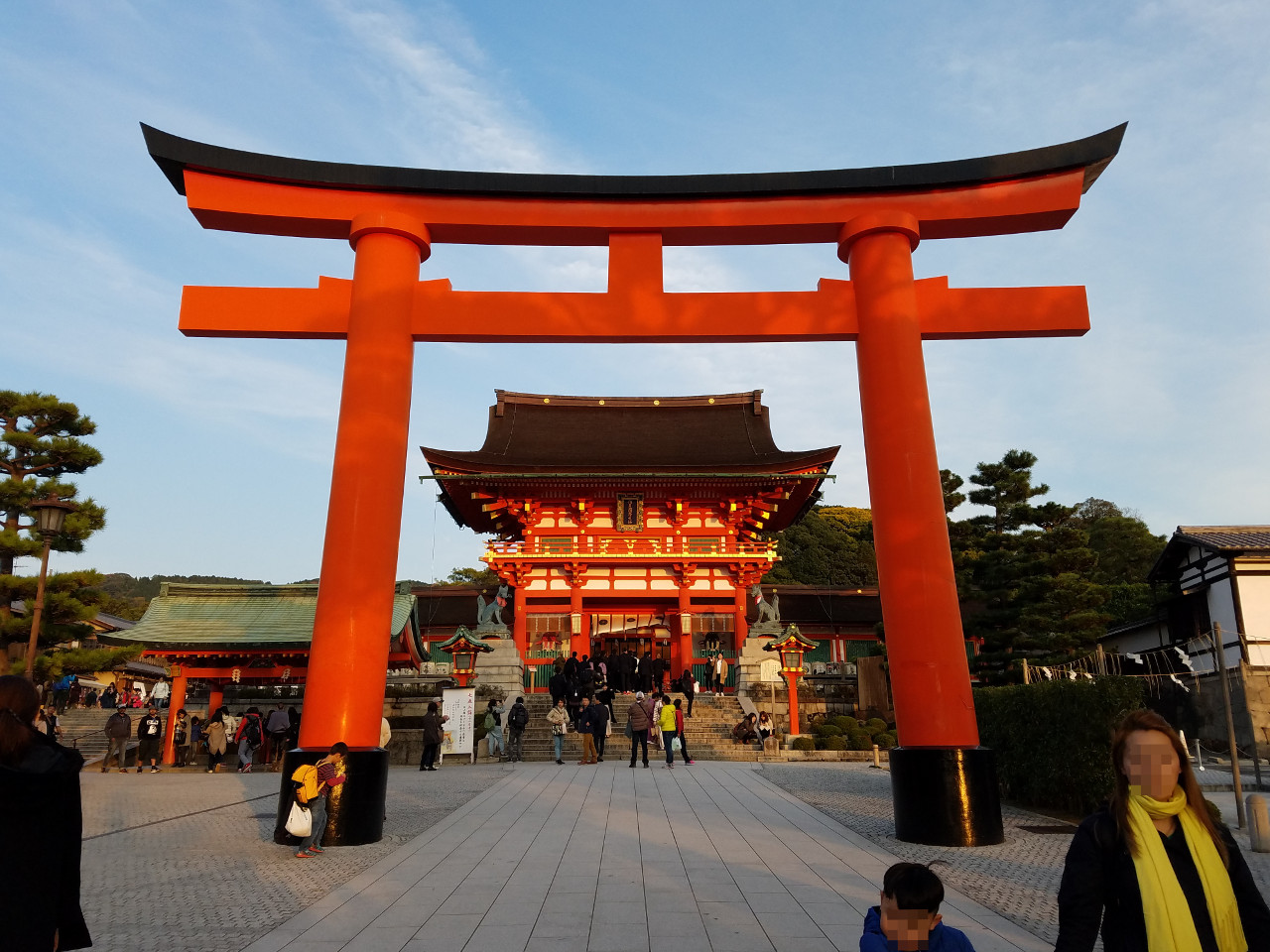 As you explore the shrine, you will come across hundreds of stone foxes. The fox is considered the messenger of Inari, the god of cereals, and the stone foxes, too, are often referred to as Inari. The key often seen in the fox’s mouth is for the rice granary. On an incidental note, the Japanese traditionally see the fox as a sacred, somewhat mysterious figure capable of ‘possessing’ humans – the favoured point of entry is under the fingernails. 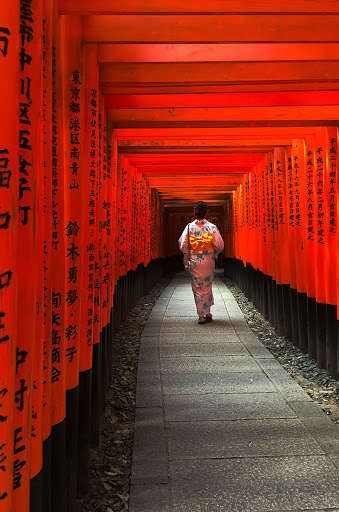 With seemingly endless arcades of vermilion torii (shrine gates) spread across a thickly wooded mountain, this vast shrine complex is a world unto its own. It is, quite simply, one of the most impressive and memorable sights in Kyoto.

The entire complex, consisting of five shrines, sprawls across the wooded slopes of Inari-san. A pathway wanders 4km up the mountain and is lined with dozens of atmospheric sub-shrines. 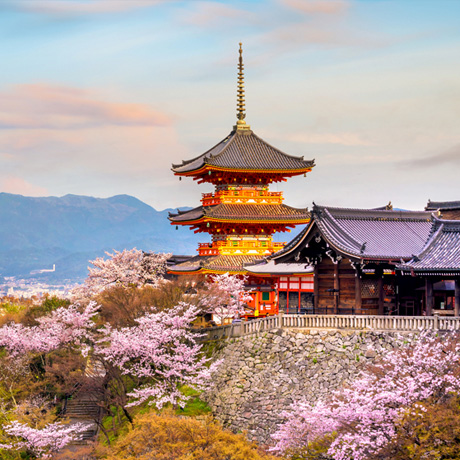